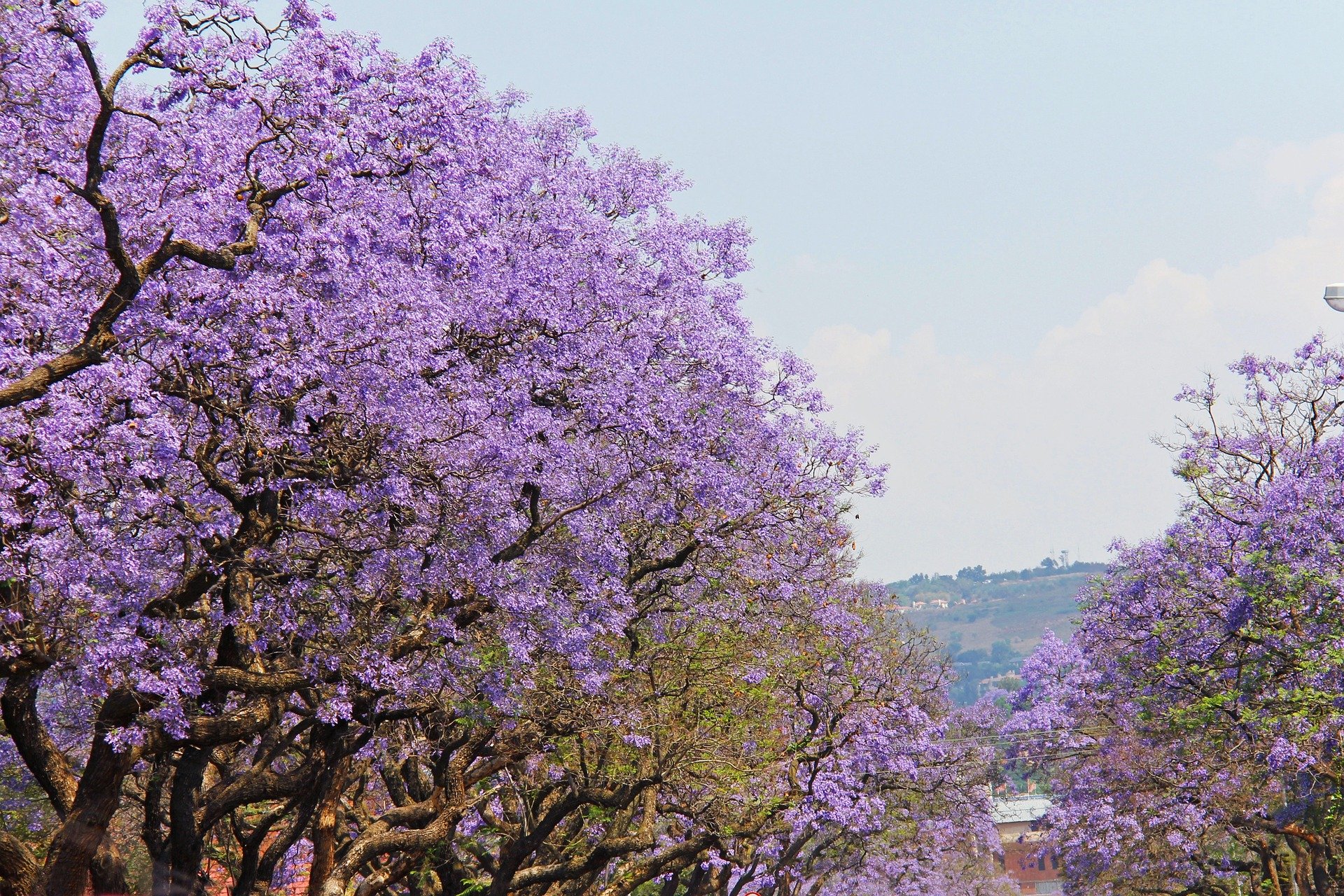 Many people do not realize that the South African Jacaranda tree (J. racemosa) is a kind of mimosa, which belongs to the Caesalpinioideae subfamily of the Fabaceae family. It also includes Paullina and poinciana trees. They are native to South America. Jacaranda trees produce purple, violet, blue, pink, or white flowers as well as bluish-yellow fragrant flowers after flowering.

Around late September to early November, the Gauteng province turns purple with jacarandas. However, jacarandas seem to have bloomed earlier than usual this year. The climate change phenomenon is in fact resulting in the phenological shift of several species of flora and fauna around the globe. The advancement in the bloom date for jacaranda trees is just one example of the impact that global warming has on species native to a particular region.

A paper was published in the Journal of Forestry and Urban Greening. The study proves that the phenological shifts are species and location-specific, and to contribute to the global attempts at recording phenological shifts, they compiled a list of flowering dates of jacaranda trees spanning from 1927-2019

It is not clear whether many trees will be able to track the warming spring and avoid damage. Some scientists believe that the mechanisms they have been using to track changes in temperature for millennia can no longer trace the temperature shifts. Phenological tracking of temperature may end up being too slow per the ever-increasing pace of global warming.

If plants flower too early in the year, they are at risk of frost damage during the late winter, and often do not complete their dormancy. Therefore, although phenological shifts represent an adaptation in plants and animals, these advances in flowering dates cannot continue indefinitely. At a critical threshold, the flowering season will become unsuccessful.

Some trees may not be able to distinguish between a normal spring temperature change and global warming. Scientists don’t know how this change in temperature is diffusing through the environment, but at some point, it will be too hot for the trees to handle.

We currently delivering in Midrand, Kyalami, Sunninghill and Buccleuch only Dismiss