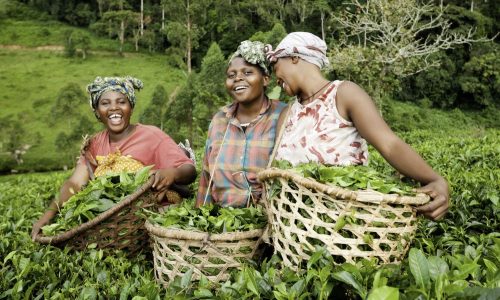 Female farmers need to be celebrated and empowered, as studies have consistently shown that empowering women adds value to families and entire communities, as women reinvest their earnings in education, health, and food security.

Here’s how these female farmers have been navigating themselves in the farming and agriculture industry.

Mmabatho Morudi owns a beekeeping and agricultural produce business, Iliju Bee Farm together with her partner Desmond Morudi. The farm is located in Winterveld, north-west of Pretoria.

Morudi also offers free bee pollination services to rural farmers and educates rural communities about the importance of bees and why they should be treated as friends, not foes.

Jacky Goliath started her farm, De Fynne Nursery as a backyard garden in 2001, with only 1000 units of three plant types. Since then her operations have turned into a 22ha premise in Paarl, Western Cape, and grows more than 600 000 plants including Fynbos plants such as Protea, Leucospermum, Leucadendron, Erica, Buchu, etc., fruit trees, research material, and agricultural crops.

Since 2008 the nursery has been supplying South African retailer Woolworths with fynbos plants and the farm forms part of the retailer’s enterprise development initiative. Over the years, De Fynne Nursery has been supplying more variety of plants to Woolworths, which includes various species of fynbos, Spekboom, fruit trees such as figs and lemons, as well as blueberries and lavender.

De Fynne is also part of Woolworths Farming for the Future initiative, which is a holistic approach that manages the entire farming process systematically.

Ingrid de Waal is the owner of a wine and lavender farm Canette Vallei. According to the company’s website, the inspiration from Canette Vallei came from a trip to Provence, France.

In 2005 de Waal began planting lavender in front of her home on the farm which would grow into a fully-fledged business. De Waal’s farm produces lavender cut flowers, lavender essential oil, dried flowers, and handmade soap.

De Waal is reported to be the Western Cape’s only female producer of lavender and one of the only lavender suppliers in the country, according to Stellenbosch Travel magazine. She is also one of the very few producers of raw lavender honey in the country.

In 2015, de Waal was awarded the top commercial entrepreneur at the Western Cape Female Entrepreneur Awards, which recognises women making a difference in the agricultural sector.

Megan Angus is the owner of Woodview Wagyu, which is considered the leading producer and supplier of beef in Africa. The farm sources the beef and specialises in Wagyu and Angus cattle.

In 2017, Woodview Wagyu won a silver award in the small business category at the Roodepoort Chamber of Commerce and Industry (ROCCI) and FNB Business of the Year awards.

On their website, Angus says she credits the victory to meeting an important consideration which is the business’ impact in its specific industry.

“This is an aspect where we are proud to say that we do very well. Woodview has made an important impact on the beef industry, especially with regards to beef quality,” she says.

Another highlight for the business was its 2017 selection as a National Gazelle by the Department of Small Business Development. The National Gazelles is a national SME growth accelerator funded by Seda and the Department of Small Business Development. This means that Woodview Wagyu has been identified as a high performing small business with strong growth potential.

Thato Moagi’s LeGae La Banareng Farms, according to the company website, has been able to supply local fresh produce markets such as Tshwane Fresh Produce, processing markets such as McCain Foods SA and retail markets such as Pick n Pay and Choppies.

Moagi is the winner of 2015 award for Limpopo’s Young Farmer of the Year and the DAFF Female Entrepreneur Awards commercial category with the Ministerial Award for Youth.

According to the company website, she has also been awarded for her active involvement as a youth in commercial production. Moagi has been recognised and mentored by Investec and Nanjing Agricultural University and gained insight into International Food Production Industries in countries such as Israel and China.

Moagi has also made history in December 2016 as the first South African to receive the prestigious Nuffield Agricultural Scholarship, which will give her funding to travel overseas to learn more on her chosen topic: “Exploring Integrated Beef Production Models.”

In an interview with Farmers Weekly in 2015, Moagi’s advice to up-and-coming farmers is that a farm must be run like a business. “I believe in three rules: technical excellence, business excellence, and compliance excellence.”

Checkout our female farmer Nontobeko Caluza on our website.