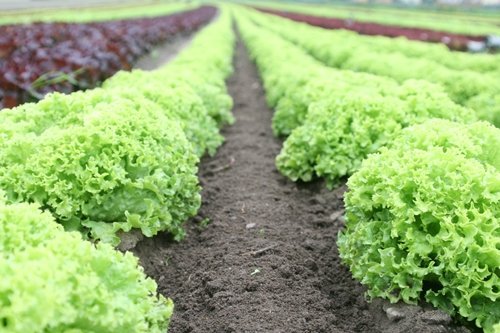 The Minister of Agriculture, Land Reform and Rural Development, Ms Thoko Didiza (MP), today announced the process to be followed by members of the public in applying for available Agricultural State land as part of the  government contribution to the land  reform programme.

The minister announced that in the next two weeks, government will issue advertisement notices of 896 farms measuring 700 0000 hectares of underutilised or vacant State land in the following provinces:

Gauteng and Western Cape have no land to be adv2ertised.

The advertisement notices will be in the local, district and provincial newspapers, websites and local radio stations.  Application forms will be made available in the district offices and provincial offices of the Departments of Agriculture, Land Reform and Rural Development as well as Municipal District offices.

The adjudication and selection process

After the closing date, all applications received will be compiled and captured in a database per district in each province.

Unsuccessful applicants will have an opportunity to register their appeals to the Land Allocation Appeals Committee.

A land inquiry process will be on-going on State land that is already occupied without formal approval from the department. Such enquiry will assess farms that have been acquired through Pro Active Land Acquisition (PLAS) programme. The land enquiry will investigate and determine how individuals and communities that are currently occupying the land got access to it. The enquiry will also look at how the land is currently being utilised and whether such use is in accordance with the agricultural practices for the area.  Where such land has been used for settlement, assessment will be done, together with the departments of human settlement and water affairs, environmental, forestry and fisheries. Based on the outcome of the assessment and recommendation, a decision will be taken on the future of such occupations.

The government offers a 30-year leasehold, with an option to buy. This form of leasehold places certain obligations to the State as the lessor and beneficiaries as the lessees.

All beneficiaries who have been allocated State land and signed lease agreements will be subjected to a compulsory training programme. The training programme will include entry level training on the commodity of their choice, basic record keeping, and basic financial management as well as enterprise development.

Failure to comply with any of the contractual obligations listed above, the State will consider the option of terminating the lease.

Since the announcement by President Cyril Ramaphosa in his February 2020 State of the Nation Address, the department has released 135 117 hectares of land to 275 farmers. The breakdown per province is as follows:

The beneficiaries in terms of demographics are as follows:

Through the PLAS program 20 439ha of land have been released to 6 young beneficiaries, 4 of which are female and 2 male. These beneficiaries are:

About 360 173 ha was identified through the State Land analysis to be under claim equating to 413 properties.

43 670 hectares equating to 60 properties are new order claims, a process which had been interdicted by the constitutional court. The post December 1998 application deadline.

The remaining hectares will be transferred as soon as the claims are settled.